We exist to advocate for environmental sustainability in our community and make our town and world a better place. We hold community meetings to inform others about the importance of sustainable living and how might get there together.  We also continue to support individuals and projects who are making a difference on their own!

The gallery below depicts some of our past events.  If you have ideas for an event or topic for a Community Meeting please reach to info@sustainablebraintree.org! 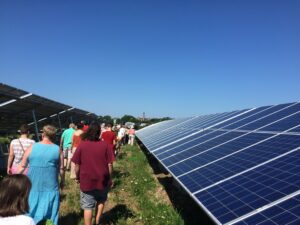 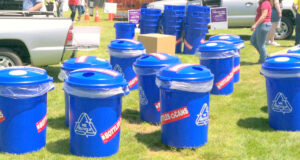 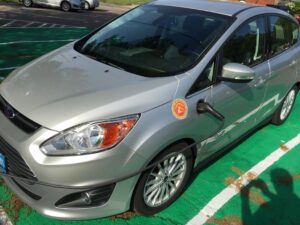 2021 - Sophia Millholland
Sophia has been a contributing member of the BHS Environmental Club and will be attending the University of Massachusetts, Boston.

2020 - Amber Madeiras
Amber served as President of the BHS Environmental Club and will be attending the University of Massachusetts at Amherst.  This past year, she worked with BHS faculty to develop a new environmental science class that will be offered to students in academic year 2020-2021.

2019 - Risi Tabaku
Risi has been an active member of the BHS Environmental Club and will be attending Salem State College.

2018 - Jessica Doherty
Jessica will pursue a degree in Environmental Engineering at the University of Maine. While at BHS she was an active member of the Environmental Club most recently serving as President and was also a frequent attendee at Sustainable Braintree community events.

2017 - Anja Johnson
Anja will pursue a degree in Cognitive Science at the University of California - Irvine. She participated in community events and was an active member of the BHS Environmental Club.

2016 - Jessica Tran
Jessica is attending Stony Brook University majoring in Marine Biology. As the president of the Environmental Club at the High School she has worked on creating a native species tank as well as help Project Prove with their composting and organic garden.

2015 - Robert Kearns
Robert is attending the University of Massachusetts, Amherst Studying Environmental Science. Robert was actively involved in town as President of the Environmental Club at Braintree High School where he worked on an initiative to create a rain garden. He also is a strong advocate for the Monatiquot River Restoration and instrumental in the annual Monatiquot River Clean Up.

​ 2014 - Saydia Williams
​​Saydia served as President of the Environmental Club at Braintree High School where she advocated for Sustainability initiatives.  Saydia is attending Simmons College, majoring in Asian Studies​.

2013 - David Desmond
David is an involved environmentalist, Eagle Scout, and an avid recycler at Braintree High School. David will continue his education at Clarkson University in Potsdam, New York and will be entering their Aeronautical Engineering Program.

2012 - Lauren Hill
Lauren will be attending the University of New Haven
in West Haven, Connecticut in the fall of 2012, where she will study
environmental sciences as part of the University's Marine Biology
Program.

2011 - Claire Folan
Claire attends the Massachusetts Maritime Academy in Bourne, where she is pursuing a degree in Marine Engineering.

2010 - Maggie Kwong
Maggie is continuing her education at the University of Massachusetts at Amherst, majoring in Biochemistry and Molecular Biology and minoring in Microbiology.

2017 - Highlands Elementary School Garden
Supported an Eagle Scout project to capture roof runoff to a Rain Garden to be used for classroom education.

2012 - Braintree High School AP Environmental Energy Audit
Kill A Watt Usage Monitors, a class set of light meters and thermal leak detectors students will be able to conduct energy audits on portions of the High School building. As a result of their investigations they can propose possible solutions with a cost benefit analysis for reducing energy and costs.

2012 - Wind Energy Forum at South and East Middle Schools
Students will learn how conventional energy is generated and explore the transfer of energy from mining operations through power plants. Students will also learn how wind turbines create energy by using wind in place of fossil fuels.

2012 - Braintree High School Recycling Initiative
The goal of this project is to increase the amount of recycling done throughout the high school. The BHS Green Team will lead the way with new initiatives to encourage staff and students to recycle. Sustainable Braintree applauds these programs and congratulates the Braintree Schools for their support in promoting environmental responsibility.

2011 - East Middle School Rain Garden
Teacher Bill Glover developed a rain garden at East Middle School to be used as both an educational site and a filter for excessive amounts of runoff water. Once established, the garden will become a viable teaching space where students can see untreated water diverted, and multiple plants coexisting with diverse groups of organisms, demonstrating a symbiotic relationship.

2011 - Ross Elementary School Garden Compost Project
School Teacher Catherine Avellino will enhance a previously established garden at Ross Elementary School by recycling used materials to make compost. Through the use of a composter and cold frame garden beds, students will discover the powerful energy of the sun.

Theme by Anders Noren — Up ↑